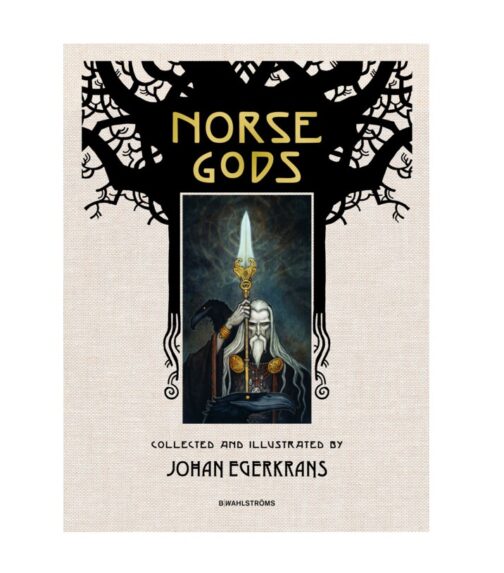 Norse gods (This book is in English)

Johan Egerkrans long dreamed of illustrating the Norse mythology, and when he released Norse Gods in Swedish it was an immediate success. Egerkrans re-tells the most exciting and imaginative sagas of the Norse mythology: From the creation myth in which the first giant Ymer is hacked to pieces by Odin and his brothers, to the gods’ final destruction in Ragnarök.

This is a gorgeously illustrated book in which gods, giants, dwarves, monsters and heroes are presented in all their glory. A book for those who already know and love these stories, as well as for those who have yet to discover Scandinavian mythology. A definitive work for readers of all ages.

“It is a pleasure to be enchanted by the suggestive visualizations of Angerboda, Hel, Freya, Utgarda-Loki, Mimer and Surt.”
Dick Harrison, Svenska Dagbladet

There are no reviews yet.

Be the first to review “Book Norse Gods” Cancel reply